The long-term agreement is aimed at the development of the industrial sector of Ukraine, the reconstruction and modernization of equipment for metallurgical, mining and coal-mining enterprises. This agreement also includes a clause on joint development and creation of new products, which indicates the intention of Ukrainian industrialists to strengthen their position in the global market. 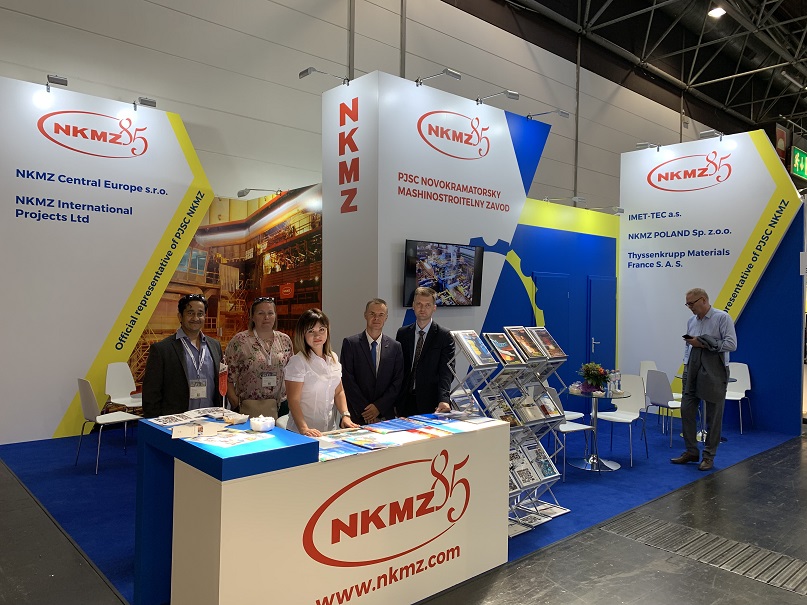 NovokramatorskyMashinostroitelnyZavod (Kramatorsk, Donetsk Region) took part in the X International Trade Fair of Metallurgy and Steel Production METEC-2019 (10th International Metallurgical Trade Fair & Congress), which took place in Dusseldorf (Germany) on June 25-29. This specialized trade fair is the most important event in the life of the worldmetallurgical industry.

More than 500 exhibitors presented their products at the current fair, the forum hosted up to 200 thousand visitors.

NKMZ has independently taken part at the Düsseldorf fair since 2007, and each time the enterprise’s exposition is a tremendous success – consumers of metallurgical equipment are interested in the fate of the enterprise, that amid the crisis manufactures machines which meet the requirements of the world market and are able to equip the entire metallurgical production cycle up to the release of the rolled products in coils..

At METEC-2019, NKMZ was represented by Director of the Rolls and power-generating equipment division – Arthur Shrayder, Chief Engineer of the Rolling-mill equipment division – Vladimir Stupak, specialists of the enterprise. The delegation conducted a number of negotiations on the capability of producing rolls, billet and slab CCMs, electric arc furnacesat NKMZ, modernizationof the existing equipment and manufacture of the new press-forgingplants.

The interest of the fair visitors was aroused by the almost unlimited capabilities of NKMZ in manufacturing equipment for the metallurgical industry. According to the results of the trade fair, the enterprise’s marketing division is preparing a number of prospectiveoffers for the foreign partners..

NovokramatorskyMashinostroitelnyZavod is a large machine-building enterprise with a closed production cycle thatspecializes in the production of rolling-mill, metallurgical, press-forging, mining, hydrotechnical, handling and special- purpose equipment.